The race director of McLaren Eric Boullier confirmed about not resigning from McLaren despite chaos going on in Formula One. He has won several races as well as championships each time he has worked in the past which also includes F1. He certainly doesn’t want to give it up so easily. As per Boullier, Red Bull Ring is the circuit of a real driver and he hopes that Stoffel Vandoorne and Fernando Alonso show their potential especially after not so fruitful races for McLaren team. Although the team has gone through tough times with multiple retirements in the past races, McLaren will stand out to show its best performance in the upcoming races. Boullier does admit the fact that his team’s performance has dropped, but he is hopeful to see the chequered flag this time.

As per Boullier, the racing track is relatively compact and straightforward and you look at extracting smallest margins from the vehicle and driver within a quick slap. This is indeed not an easy task to accomplish as some of the corner spots look more inviting but in reality they are not. McLaren and his team despite the difficult races in the past are now looking for a smooth weekend. It would be great to see Fernando getting to the finishing line this weekend. A year back at this time, McLaren had no points in hand, but they are now in the fourth position with Renault. This was one of the targets they had in mind to fulfill and they succeeded.
END_OF_DOCUMENT_TOKEN_TO_BE_REPLACED

Fernando Alonso believes Formula 1 will be back to normality for him in 2018 when Renault powers McLaren rather than Honda. 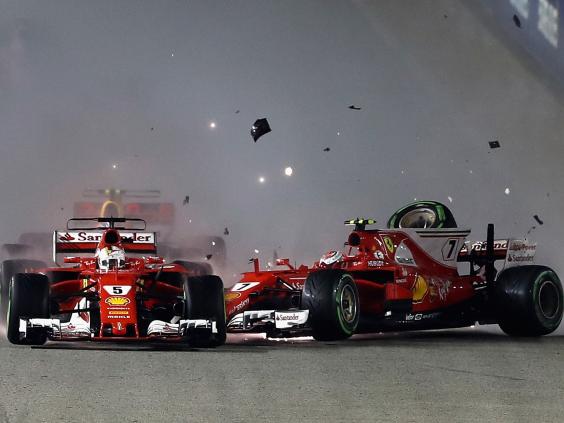 The end of Honda’s unsuccessful partnership with McLaren was finally announced ahead of the Singapore Grand Prix, with the team switching to Renaults in a three-year deal.

Asked how it would feel if he was able to return to frontrunner status with McLaren-Renault, Alonso replied, “Normality! But I think it is just looking too much ahead, because I don’t know even what I will do next year.”

“But the aim is, as I always said, to be on the podium and fight for victories.”

Alonso has not yet confirmed that he will be remaining with McLaren, but it is understood that a new contract is just a formality.

When asked why he was still waiting to sort out the deal, Alonso revealed that there were already too many announcements in Singapore and he had preferred to focus entirely on a race that represented one of the few chances remaining to score good points.

He hinted that a visit to the factory in Woking this week would be the perfect time to get things finalized. END_OF_DOCUMENT_TOKEN_TO_BE_REPLACED

I’m going to become a history teacher. I really miss teaching, therefore I determined to execute a small online teaching with complimentary on-line composing courses. These documents aren’t confined to a particular nation or region. Each instructor is somewhat different inside her prerequisites. Authorship a school scholarship essay might be an intimidating job, but by following some easy tips it may be terrific encounter. END_OF_DOCUMENT_TOKEN_TO_BE_REPLACED

They’ve aided me greatly. That is certainly precise, so really accurate. It is extremely vital that you get help once possible. If you’re gloomy and despondent, they’re heading to comfort and bless you. Everything you should do is feel. I continued,’Swami, I didn’t notice whatsoever, anything you explained! Maybe we’re enduring due to crime, thus we should analyze our own lives. END_OF_DOCUMENT_TOKEN_TO_BE_REPLACED 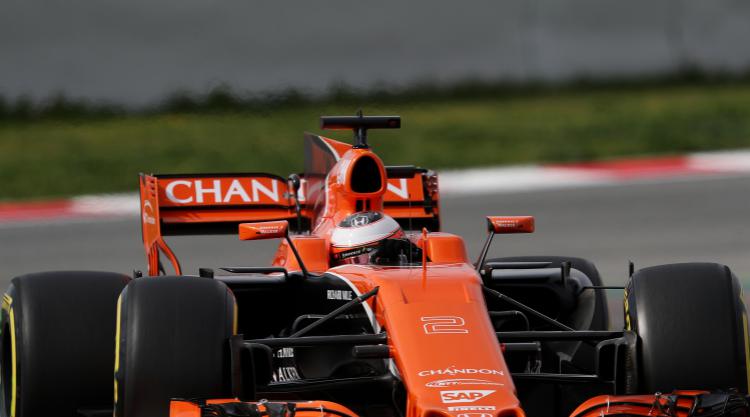 On Tuesday, Oliver Turvey, McLaren’s test driver was only able to complete a handful of laps after a water leak made it impossible for him to continue. END_OF_DOCUMENT_TOKEN_TO_BE_REPLACED

Alonso was in the news last when he criticized the power unit suppliers who work with Honda. Being a double world champion in his comments stirred up concerns and debates. Working with McLaren he criticized the engines that he felt lacked reliability and power. However, even if his team is underperforming, he is not leaving immediately. Alonso and his team have been having issues. END_OF_DOCUMENT_TOKEN_TO_BE_REPLACED

Fernando Alonso has shown quite a great deal of courage in the forthcoming 2017 season even as he has a rookie for a teammate. The Spaniard seems unperturbed as he believes the new season holds a lot in stock. This is a peculiar situation seeing as it has been a decade that he was in line for the McLaren.

At the time, the Spaniard was the reigning back to back champion and he had a very clear shot at the McLaren when he was paired with a rookie; Lewis Hamilton.

In an interesting twist of events, it seems history is setting up to repeat itself at the woking team as McLaren powered by Honda has paired the 35-year old Fernando Alonso with a highly rated Stoffel Vandoorne who is a rookie for the new season. However, even with the pairing, Alonso has said that he is not worried.

He expressed great confidence in vandoorne’s abilities, as he admitted that the Belgian was really talented. Alonso had watched him make his debut during his recovery last year. He said that for a driver who is new to the division, he did very well as it wasnt easy overcoming the pressure and getting admirable results. END_OF_DOCUMENT_TOKEN_TO_BE_REPLACED