We all know the glamor associated with F1 racing, but there is a flip side to it as well – having to face traumatic accidents from which one might recover or not. 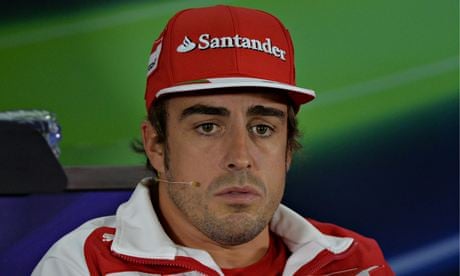 Fernando Alonso has been able to recover from such an accident for which his fans are thankful for. While accidents do shatter the confidence of most people, Fernando is not ready to hang up his driving gear as yet.

The upcoming weekend will see the Russian Grand Prix being held and the star of McLaren-Honda team states that he is ready to get back on the tracks, even in the same car for this race. He is recently recovered from a crash that took place in Australia. The accident was a scary one for all those who witnessed it. The rear of the vehicle he was driving, Esteban Gutierrez Haas VF-16 was clipped and Alonso went into several rolls in the accident scene. He had a collapsed lung as well as broken ribs after this accident. This accident kept him from competing in the Bahrain Grand Prix that followed. While most fans contemplated what would be his move next, they were relieved to hear that he had recovered from the accident and was again raring to go. END_OF_DOCUMENT_TOKEN_TO_BE_REPLACED

Alonso made up his mind to leave Ferrari over a year ago. This is the claim made by Flavio Briatore who has had the leading role in the Spanish driver’s management as it was a part of his great career.

After being in red for five years, Fernando Alonso has finally decided to return to McLaren in 2015 as he wants to be a part of the team’s experience with Honda. Briatore informed Italy’s La Gazzettadello Sport that Alonso had already made up his mind to leave Ferrari back in 2013. He said that he had made a gentleman’s agreement with Montezemolo stating that if he isn’t given a winning car in 2014, he will leave. This is because he was tired of listening to the usual response that next year he will get a wining car. END_OF_DOCUMENT_TOKEN_TO_BE_REPLACED